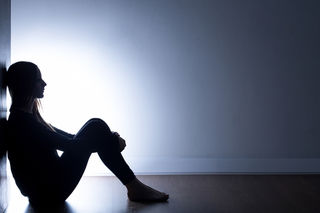 How are you? How is your week going? Have you felt like a Leah lately?
Growing up, I totally felt like a Leah at times. When I first started elementary school, I didn’t speak English well, and I was ridiculed for that. Later in elementary school, I hated to go to church, because there was a group that would make fun of me and my friend. In my teenage years, I felt like a loser, because I never had a girlfriend. I didn’t have one until college! Now, looking back, there were a lot of things to be thankful for, and God was gracious to me during that period. However, there were many moments growing up when I found myself as a Leah from this past Sunday’s passage.
Leah’s father, Laban, tricked Jacob into marrying Leah. She went along with it because of two probable reasons. First, she probably thought that she was ugly, and the only way she would get married was to have the man be tricked. Second, she did love Jacob.
However, we see that Jacob did not love her but loved her younger and more beautiful sister, Rachel. Leah so desperately desired and needed Jacob’s love. She bore sons to him, hoping that he would finally love her. Her identity and worth were wrapped up in His love and approval of her.
However, by the fourth son, we saw a change in her heart. Maybe she realized that Jacob would never love her. That could be true.
But more accurately, I believe she realized that she didn’t need his love. She didn’t need his approval. She realized that although it seemed like everything was lost because of Jacob’s lack of love, everything was not lost. She was loved. God was with her, and God was for her. God did not just play a minor role. He did for her what no idol could ever do for her. He satisfied and fulfilled her. He became the lasting foundation for her. And we know this, because she named her fourth son, Judah, which means “praise.”
It’s the same story with us. We might try to seek the ultimate love from other people, but it will never be enough. It will enslave, and it will not satisfy. We will feel more lonely than before. We might try to seek ultimate approval in other things, but the approvals will not be enough. We will feel more rejected than before.
The only love that satisfies and the only approval that matters is the one that comes from God. And we have that love and approval from God through Christ. God loved us so much that He sent His only Son to pursue us and redeem us. He sent Jesus to be the substitutionary sacrifice for our sins. That is the greatest picture of love. He sent Jesus to live the perfect life so that He may become our righteousness before God. This is the ultimate picture of approval. Jesus’ life, death, and resurrection is the sure picture of God’s love and approval in our lives. And that will never be taken away.
Jesus was the ultimate Rachel, the perfect Son of God. And yet, He came to redeem Leahs like us. And He redeemed us by becoming the ultimate Leah. He became the ultimate rejected, betrayed, unwanted, and unloved one. He became the ultimate forsaken one on the cross. He became the ultimate Leah so that we may become Rachels in God’s eyes.
New Life, what are the idols that you think you “need?” Whose approval is the ultimate approval in your lives? Where are your insecurities? God calls us to be reminded of His love through Christ. And once we experience that love, everything changes. He strips away our idolatries and covers our insecurities. And when that happens, like Leah, we can say, “Praise the Lord.”
See you at Lord’s Day Worship on Sunday. Pray for our ministry, and pray for one another.
In Christ,
Pastor Tim
Photo Credit: Here