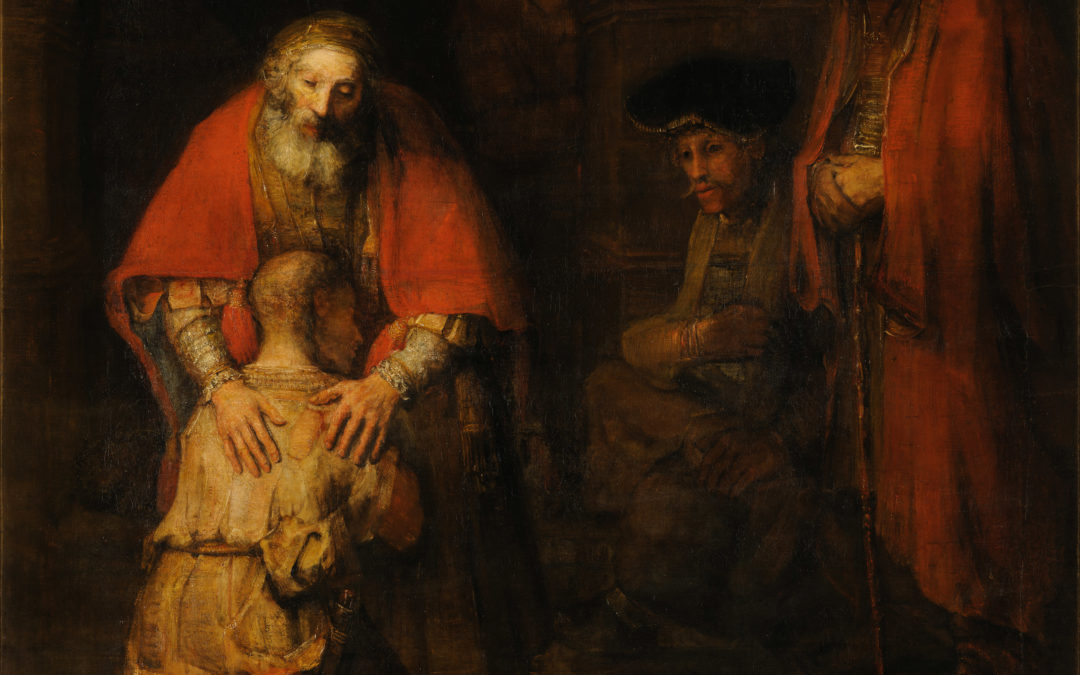 How are you? How is your week going?

We looked at the famous parable of the Prodigal Son this past Sunday. We must not do ourselves a disservice by assuming we know it and not really listening to it. Whether we know it or not, it is most beneficial for us to meditate on it and reflect on what it means for us.

“And he arose and came to his father. But while he was still a long way off, his father saw and felt compassion, and ran and embraced him and kissed him.” -Luke 15:20

“But he was angry and refused to go in. His father came out and entreated him.” -Luke 15:28

Both sons did not love the father. Both sons wanted the father’s things rather than the father himself. Both sons shamed the father and abandoned him. One may have worked harder and seemed “better,” but they both are sinful.

And yet, the father pursued both. He loved both. For the prodigal son, the father ran shamefully to literally fall on his neck and kiss him repeatedly. For the elder son, the father left his party to speak with and ask him to come back.

Perhaps you identify with the prodigal son in your sin. The Father pursues you and welcomes you home if you return. Perhaps you identify with the elder son in your pride. The Father comes out to speak truth with you and to bring you back. And if you’re like me, you’re both the prodigal and the elder. Know that the Father loves you and pursues you. He receives you, and He pours out His love for you.

My friends, we have such an elder brother. How does the Father show His love and affection for us? He does it by sending His eldest son, Jesus Christ. He has the heart of the Father that is full of compassion and love. Christ pursued us by leaving the riches of His home in heaven so that He may bring us back. He lived the perfect life in this broken world on our behalf. He took on the punishment for our sins so that we may receive the blessings of His obedience. He took on our uncleanness so that we may be clean. He was cast out on Calvary so that we may be brought back into the Father’s family.

New Life, return to your heavenly Father. Embrace His love. Trust in the Son who brings you back to Him. In the words from Elevation Worship that we sang this Sunday:

See you this Sunday. Pray for one another.